Who is Purnell Gray? If you’re among the up and coming young artists in Maryland, you may already know. The self-taught artist with an honest-but-optimistic view of the world chatted with us about his unexpected journey into his career as an artist. The 20-year-old is best known for his “Diamond” series of paintings which feature diamonds in rich, saturated colors. His paintings are often laced with themes of the city he calls home. Now Purnell is a featured artist for the highly regarded Esoteric Collection in Los Angeles — and he is in our opinion, a truly fascinating individual with equally fascinating works of art.

Purnell, tell us a bit about where you’re from.

I was born and raised on the east side of Baltimore.  At a young age I was exposed to gangs, guns, violence and drugs and the reality that it’s survival of the fittest (like it is for most people born in urban environments). My parents did their best to keep me from seeing certain things but there was only so much they could do because those were the things around us.

When did your love for art begin?

Art has always been apart of my life as far back as I can remember. When I was a kid my parents would buy me tons of coloring books and I would color in them all the time. Eventually I transitioned from the books to doing my own sketches and I remember for the longest time I used to always draw cars and characters. That was around 3rd and 4th grade when I started doing my sketches and people in my class would always ask me if I was going to be an artist. 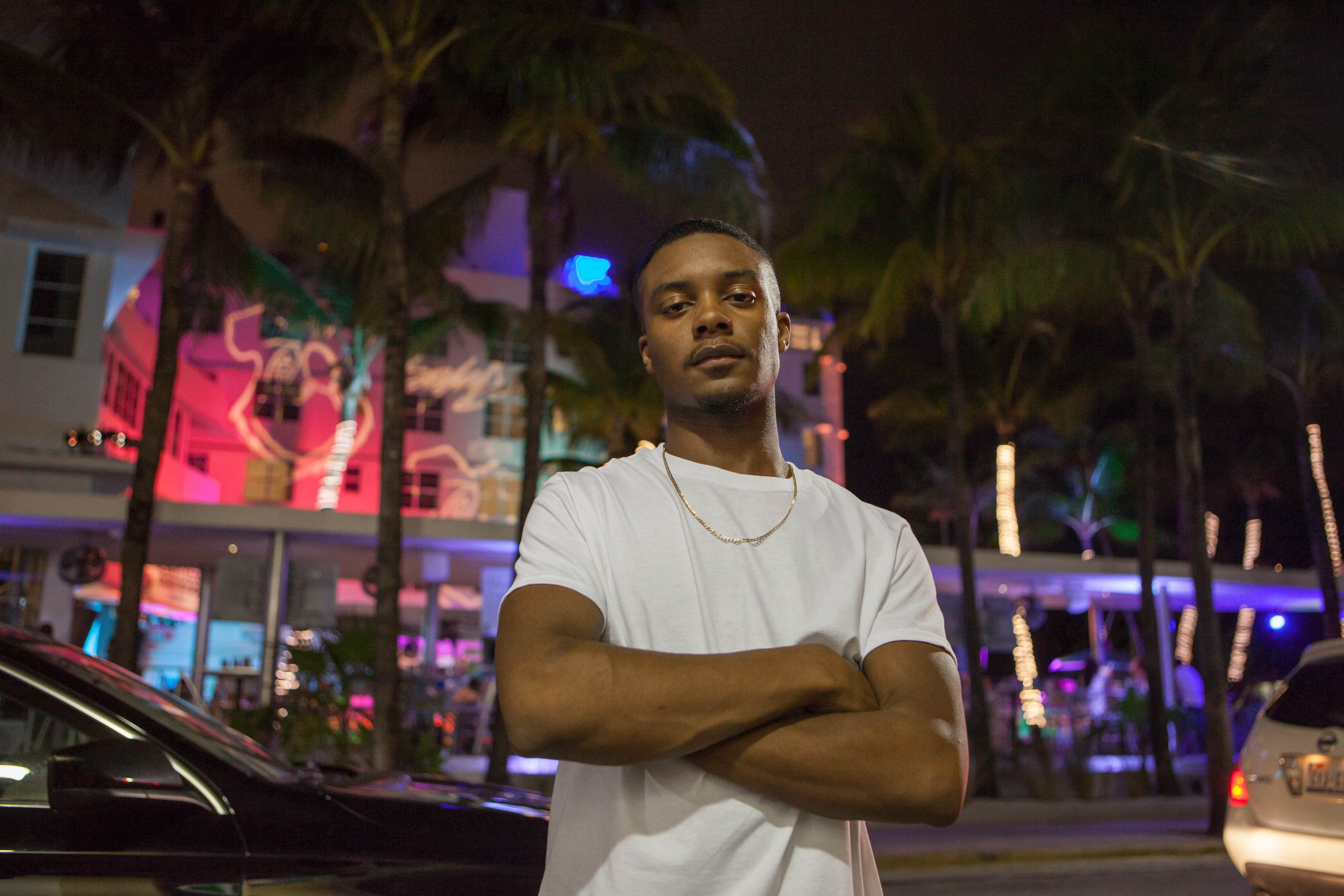 Did you always know you wanted to be an artist for a living?

Well, at that time I didn’t know what I wanted to do so my answer would be things like “I don’t know” or “nah it’s just something I do in my extra time.”  All I knew was that I wanted to be my own boss. When I was in middle school I started to make the transition from paper to the walls. I don’t know what it was but it’s just something that happened naturally so all my sketches started turning into more street/graffiti style work and through graffiti I met some of my closest friends while hitting the streets. Around 8th grade is when I realized that this graffiti/art world/lifestyle was more apart of me than I thought. That’s when I realized what it was that I wanted to do, I mean I always wanted to be my own boss but that’s when I figured out exactly what it was that I wanted -to be an artist. I didn’t know how I was going to do it exactly but that wasn’t an excuse for me to pass up doing what I loved. From that point on I was doing whatever I could think of to promote myself and get my work out.

How did you begin promoting yourself and your art? This important because I’m sure there are so many inner-city kids who feel like they have a passion for the arts and have no idea how to show people or get started.

The people who knew me had already made it clear that they really liked my work and that I shouldn’t stop, so me and my boy started doing a lot of footwork going to different galleries around the city, different small businesses and even some larger businesses just talking to the people that worked in those places seeing if we could hang any work in their shops or paint the walls outside. I started meeting different people, putting in applications for art stores so that I could get discounts on supplies (never was hired haha) and when Instagram came out I started posting my work there and was getting nothing but love and respect from people not only from Baltimore but other states as well. I didn’t have tons of followers but the fact that people were contacting me telling me I inspired them to start drawing again or pursuing what it is they really had a passion for, I don’t think there’s any way I can explain how good that felt. Along with that, creating is something that puts me in my own zone, it keeps my mind off of harsh reality that we live in and the harsh ways of the world. I guess you can say it’s an escape or a place we can vent our true expressions without worrying about other people’s opinions and people feel that. I get respect from your average joe to street cats because I’m in my own lane and I’m true to myself and what I do. I’m not worried about impressing people. I showed my work at a few events and galleries in the city but Baltimore doesn’t have a crazy art scene like NY, LA, or even MIA, so anyone who’s in this field where I’m from has to grind 100 times harder… anyone in any field at that because our city is so small.

Is paint your only medium?

As of right now yes, paint is my only medium, but of course as I grow I plan on working with new mediums. 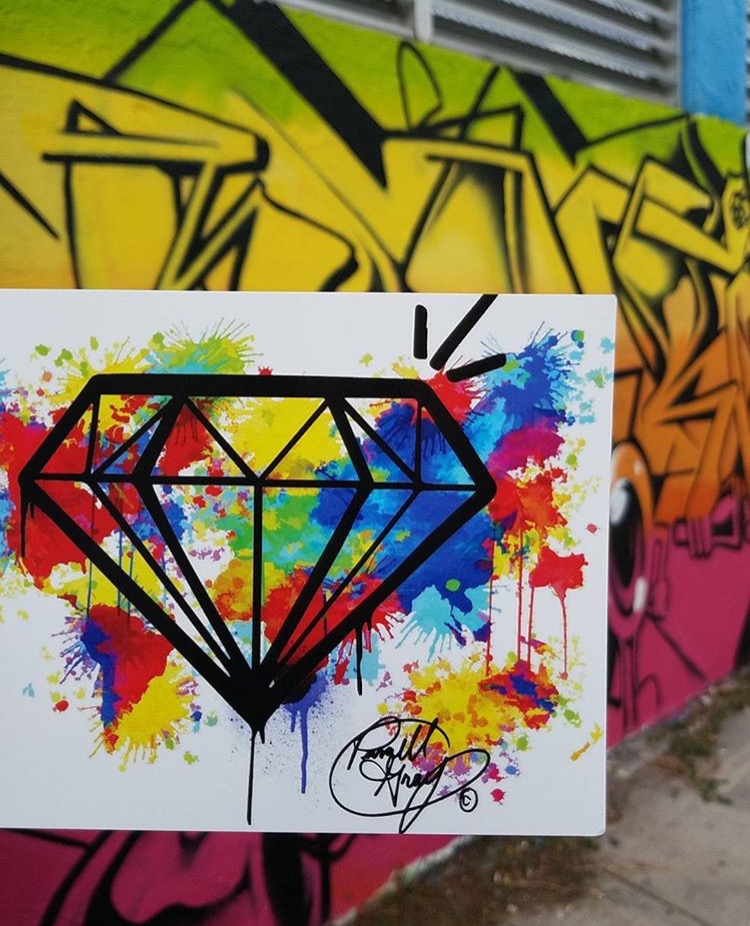 What’s something important to your workflow?

Some type of background noise whether it’s the breakfast club, music or the just the TV.

What role do feel like you have in society as an artist?

I feel like my role is to first take care of my family and find ways to contribute to making my city better. Eventually I want to do what I can to help or contribute to other cities as well because I feel like the majority of people complain about the problems but sit around and do nothing about them. I want to be the complete opposite — I want my impact to be felt across the world one day.

What themes do you pursue when creating a new piece?

The theme I pursue most often is “diamonds form under pressure” and that we are in a world where constant pressure is applied. I think that is the most universal statement or realization that all “classes” of people can relate to because we all face our own types of problems from the top dogs on wall street to somebody at the bottom. Yes the type of problems might be different and one person may prefer to deal with one type of problem over another but they both experience a problem that can make or break them. Diamonds are a perfect resemblance of that. 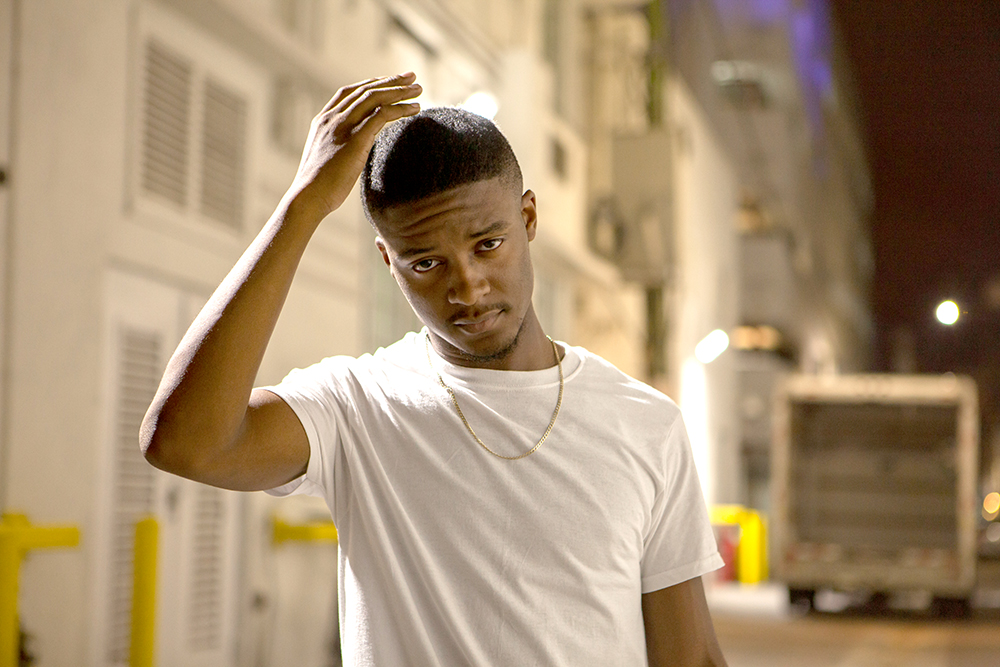 What is it about bright bold colors that you love so much?

Can you describe a real-life situation that inspired you?

2015 Art Basel was probably the most inspiring situation I’ve come across thus far because it was my first experience going somewhere and seeing people from all over the world there for the same reason I was. And of course, seeing the skill level of some of the artists was amazing. I learned so much while I was out there.

Who are some of the artists that inspired you while coming up in your career?

I’ve been inspired by so many different types of artist in so many different ways from contemporary and pop artists to musicians and graffiti artists. Because I don’t only look at the finished product and I like to see the story behind them, how I can relate and what makes them different. To name a few I would say David Choe, Takashi Murakami, Gats, PichiAvo, Boogie, Swizz Beats, Gary Vaynerchuk (entrepreneur), King Saladeen, Boosie, Meek Mill, Diddy, Charlie Jabaley aka CEO charlie, BK the artist, Hebru Brantley, Floyd Mayweather, Retna, OG slick, Kevin Hart and so many more. The dedication and love for what they do, and the grind and hustle they have is what inspires me. It wouldn’t be fair to just name painters because they aren’t the only people I look at for inspiration on a daily basis each of the people I listed plus others inspire me in their own way.

Do you think you see the world from an artistic point of view?

Not only do I think I see the world from an artistic point of view but also an opportunistic, and ambitious point of view. I take time out to just appreciate certain things that others may not. I like to fully engulf myself in certain environments and find peace within myself. 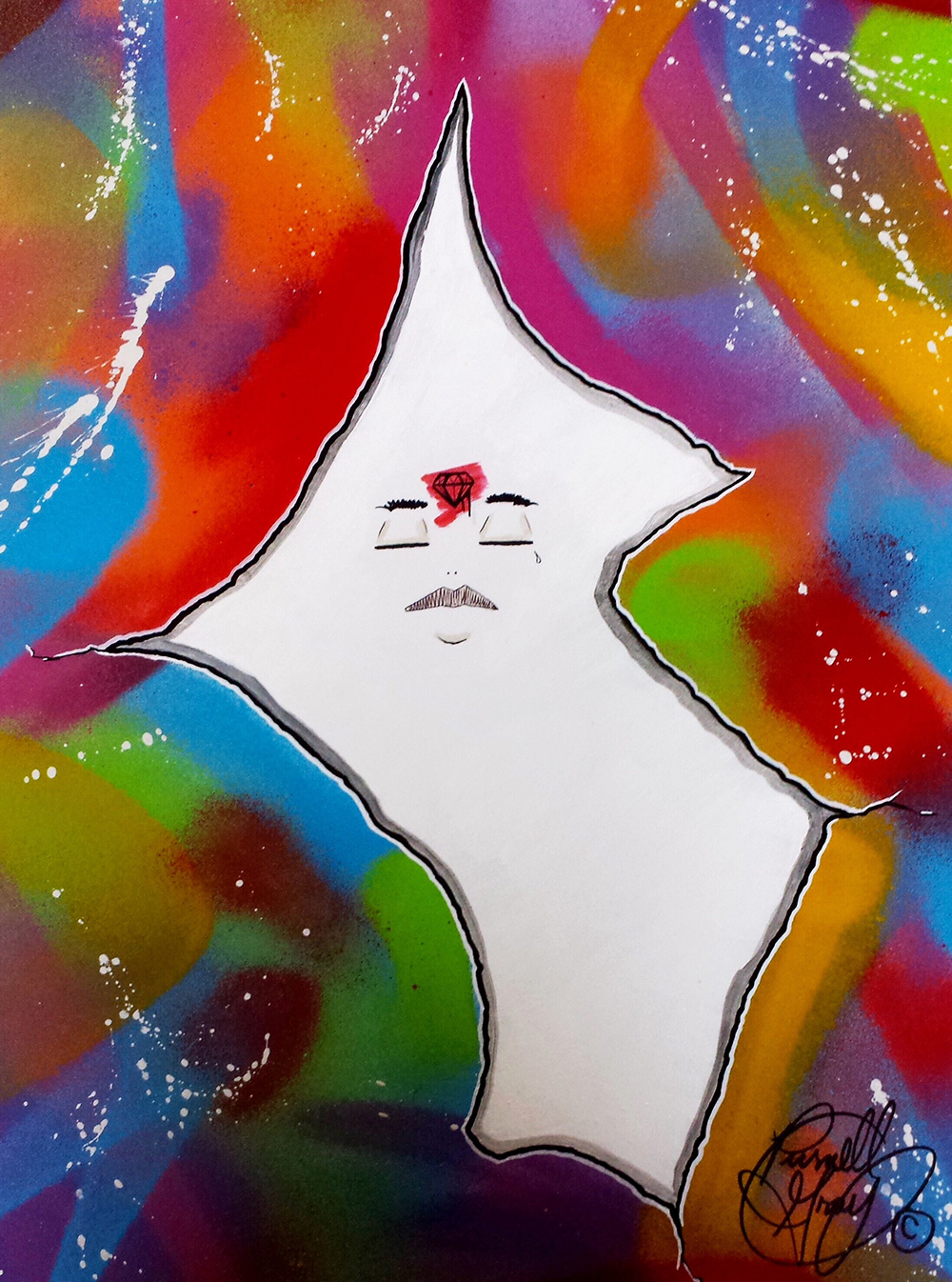 In your opinion, how can we help encourage the arts to today’s youth?

We must show youth to stick with the things they’re good at and that they love to do. We must teach them that it will all pay off if they stay focused through the distractions. They will want to stay in tune with that creative side of themselves. I have a ton of ideas of ways to encourage arts to today’s youth but I’d rather wait until I’m closer to putting them in action before I choose to discuss them.

What’s next for Purnell the Painter? How can fans and collectors get in touch with you?

I just want to keep growing, keep going bigger and developing my craft. I want to continue to inspire the younger generations coming up.  Anyone can find me on Instagram @purnellthepainter or email me at purnellg3@gmail.com.