Berlin brings to one’s mind the great divide (or wall) that divided the city into two different political entities. However, the new rejuvenated and reunited Berlin is marching ahead into the future post millennium. It is casting itself as the most important new and modernistic city of Continental Europe.

Berlin’s dark past as Hitler’s capital of Nazi atrocities and as the capital of Cold War in the later years, has not escaped the psyche of the local population or the visitors. The popular opinion says that Berliners do not know where they are going, but know their past, and do not want to go back there. After being completely annihilated in the WW II bombings, Berlin has since optimistically rebuilt itself as a modern structure of glass and steel.

The scars still remain, mostly as a tourist attraction. For example the Kaiser Wilhelm Memorial church displays the shell of the bell tower that remains, in striking contrast to the modern church constructed to the west, fondly nicknamed “lipstick and powderbox” because of the design. 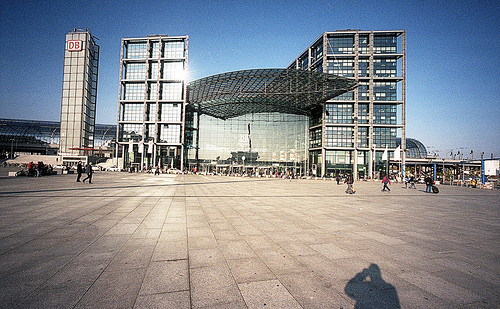 Berlin being the new German capital is living up to its reputation as the dynamic hub of continental Europe, with nightlife being the most exiting and wild. The city after accommodating the German Government as the seat of the new capital has undergone a major facelift with new streets, sky scrapers and rail lines at a whopping cost of more than $100 billion. Most of this has gone into the central district (Mitte) which houses glittering luxury hotels and shopping arcades. The effort in restoration of Unter den Linden to its pre war glory and Hotel Adlon, the most famous hotel in pre war Germany and Europe has been notable. The chic district of boutiques and cafes, the Prenzlauer Berg, had not faced the damage of WW II bombings and resoration of this part has been relatively easier. This flurry of restoration and activity has caused a spiraling effect in the real estate market with sharp increase in prices as well inconveniences of living around construction sites for Berliners. Most famous buildings of Berlin have been restored in this process. Reichstag got a new glass dome topped with the Eagle (national symbol) replacing the old imperial hunter. The Oranienburger Strasse synagogue

The Oranienburger Strasse synagogue (also known as Neue Synagoge Berlin-Centrum Judaicum/The New Synagogue), bombed beyond salvage by Allied bombers, has been restored to its old splendor. Likewise, Berlin Cathedral and the five state museums on Museum Island have been restored to their original glory. The natural beauty of Berlin has been enhanced with the few gardens and farms covering about 1/3rd of the total area, which further beautifies the city.

The Berlin Tourist Information Center, Europa Center handles all information regarding Berlin in general and Hotel bookings. The best and easier way to access the information is from the site www.berlin-tourism.de.

Hop Over To HERE
Skip to toolbar